We were in Powai and had just finished the work we were supposed to finish but unfortunately by that time it was 3pm. We walked down to three different restaurants and unfortunately all of them had just closed their service for lunch. We had been out since morning and by now we were hot, hungry and in a hideous mood. Finally we came across Madeira and & Mime and almost wept with joy. They were open and it was cool inside and wonderful smells wafted our way. Pure bliss.


The first round was all drinks; cold, colder, coldest being our motto. Beachcomber, cold coffee, oreo chocolate frappe and hot chocolate with marshmallows( don’t ask me why, there is no logic to what kids choose, except of course it said chocolate).


Beachcomber and coffee were good. 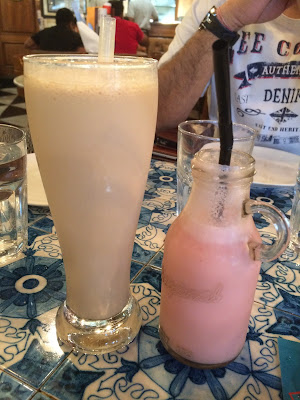 Oreo chocolate frappe was good too. The smiley on top made us smile and helped further bring down our temperature a notch or two. 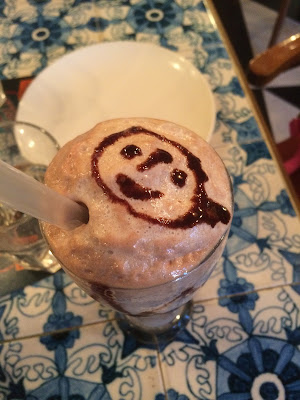 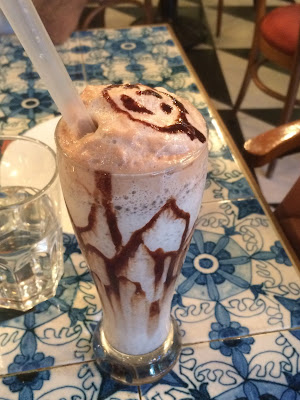 The hot chocolate with marshmallow hadn’t been a great choice to begin with. So can’t really blame the restaurant if that was the only drink that was not finished. 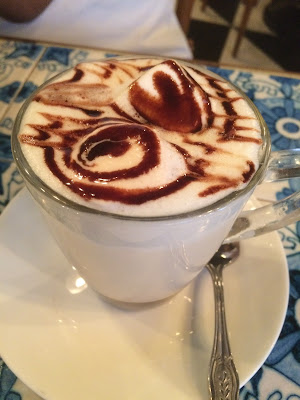 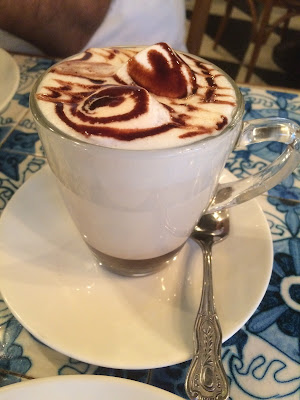 The kids wanted to have pop-corn and classic nachos. So that’s what we ordered along with madras mutton curry with rice to tick off the fact that we had food for lunch instead of just snacks.


The pop-corn was ok; have had better at theatres. 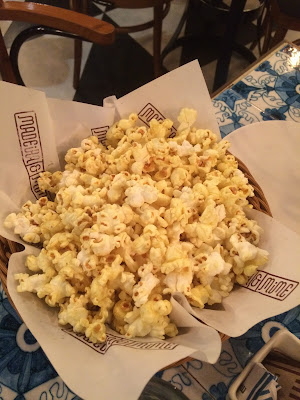 The nachos were good; hot, cheesy and crispy. 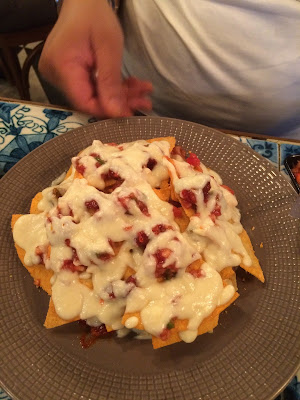 The mutton curry was beautifully presented; a very tempting bowl. The curry was tasty but I discovered I am not a fan of brown rice. So the curry disappeared leaving only the rice behind. 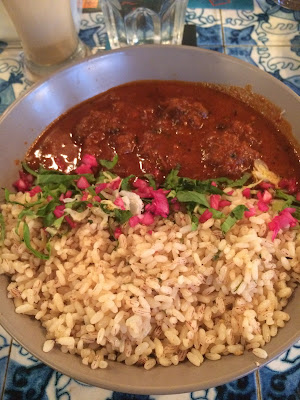 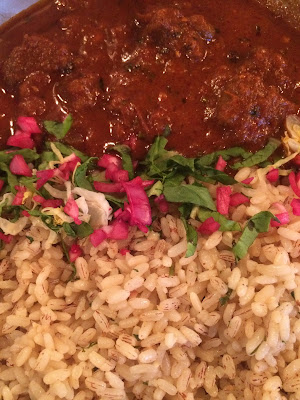 After the initial hunger pang was taken care of I got talking to Aakash – he’s the manager – and he told me how two guys who had studied in UK came here with the idea of opening a restaurant that not just made them wealthy but also helped people along. They then got in touch with an NGO and hired SHI (Speech and Hearing Impaired) staff. Of course it was not that simple, the road was long and hard. I was intrigued and came back home read up about them on the net. So congratulations to the two enterprising gentlemen for not only making it work for them but also for people who are not a part of the main stream. They can all be very proud of what they have achieved.


Rina was our server during the meal and she would bring over the name tags of the dishes and serve the food. The vibe in the restaurant when you looked at them was that they were happy, all of them were laughing and smiling and were easily having across the restaurant conversations using sign-language which is their super-power and which we mouth-language people can never hope to do. 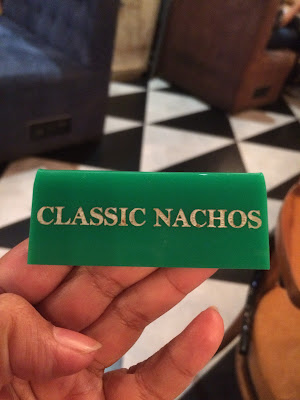 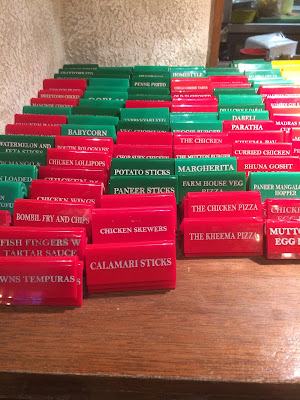 NOTE: They have outside seating too and that area is pet friendly. 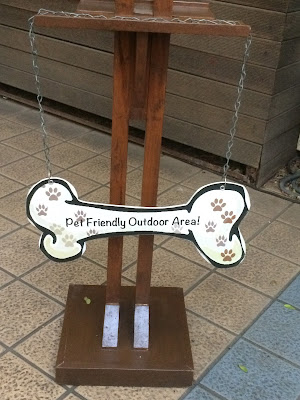 Recently I had the opportunity to visit Mirchi and Mime too. Read more about that restaurant and their service on this blog in the coming week. 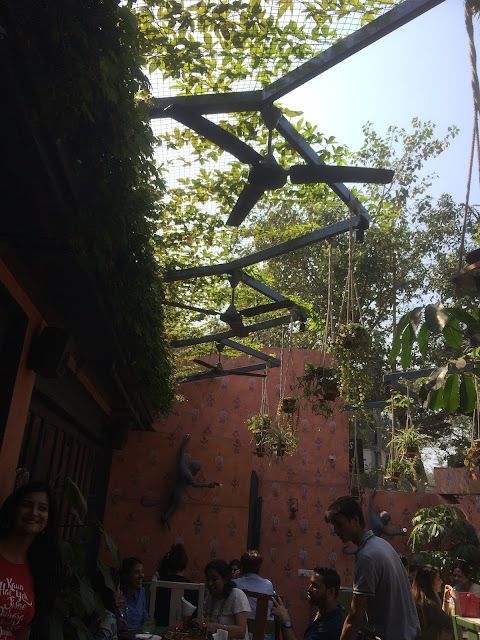 It was one of those days when in search of a perfect restaurant befitting the blissfully cool winter afternoon had us rejecting at least three joints before we came across The Tanjor Tiffin Room. The moment we set our eyes on it we knew we had made the right decision. They have beautiful outdoor seating perfect for winters. There is this small courtyard of a thing which makes you feel as if you have stepped into a Rudyard Kipling book. When you enter the left corner wall has a huge old gnarled mango tree. The wall on the right side is painted a beautiful combination of burnt orange and rust – not the bright garish kind, but the dull and muted kind that has seen the passage of time and sunlight – and has small motifs drawn on it like a boundary wall of a long-forgotten temple that you may have stumbled across, complete with monkey lamps – literally monkeys holding bulbs – to complement the jungle theme. The whole courtyard is a profusion of green in various sizes, shapes and col 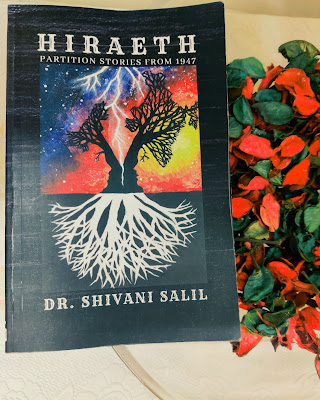 The first time I had heard of Dr Shivani Salil was when she had accepted a blog challenge to write short stories every day for a month on a particular topic. I was fascinated with the very idea of someone writing 24 pieces in a month and that too on a topic as tough and emotional as partition. I read a few of her pieces and was hooked. At one point she announced that the stories would be published in a book, which was later named Hiraeth. I was thrilled and ordered the book at first opportunity.  Let me tell you, first of all be careful about reading this book in public. Some of the stories are so emotional that your eyes tear up.   For me partition is something that I have seen in movies and read about in books. I have no personal connection to it. As depicted in movies or books it is a very painful and horrendous part of our history. A time when people were filled with hopelessness. A time that was given to madness and murder and mayhem. A time where cruelty and 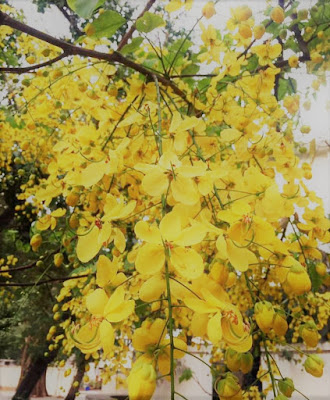